The Affect of Exercise 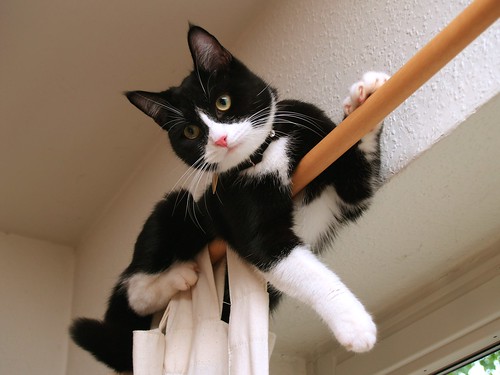 OK, I have been busy eating Easter eggs and going to Brittany and staying in a treehouse and drinking vin rouge for the last week or so, so it’s back to earth and the 23 things with a bump! I’ve also taken over running Bright Club Guildford along with someone else, so I suspect I’m going to have a crash course in other digital academic tools before too long. The next few weeks are a bit crazy, with our Running Dialogues seminar on Monday, our psychology department conference on Friday, the uni postgrad conference the following week, and I had a poster accepted at a conference in Edinburgh which I need to start working on. Good thing my PhD to-do list is so short *gulp* Bright Club gave me lots of confidence in public speaking though, and it’ll be good to give something back. Plus I thoroughly enjoyed watching the other researchers doing their sets, so I’ll be looking forward to seeing some new people do it too. If you are a Surrey Uni person reading this, I highly recommend doing Bright Club. Nothing else will ever be as terrifying again, and in fact I’m looking forward to doing a talk at our department conference and working out how many jokes I can squeeze in 🙂 Without the Bright Club experience I would probably be dreading it!

Anyway: back to all things Things
Thing 16 is Open Access https://23thingssurrey.wordpress.com/2014/10/20/thing16openaccess/

As I’ve said before, my research isn’t yet at a publishable stage (just finishing my transcriptions would be a small miracle right now…), so I haven’t given a huge amount of thought yet to turning them into journal articles. The thought of having to pay publishers vast wads of cash to make your work open access seems bizarre, and also slightly impossible to me as a self-funded student but hey, by the time I have some data worthy of publishing perhaps the revolution will have happened and everything will have changed? I might just cross my fingers on that one.

Thing 17 is Creative Commons and Copyright
https://23thingssurrey.wordpress.com/2014/10/21/thing17ccc/
This seems like a useful collection of advice and links on Creative Commons and copyright issues as they pertain to academic stuff. If I have a spare couple of minutes I’ll pop back and work out how to add a CC license to this blog, just so I can go through the process. I already use lots of Flickr photos for this blog and other things like talks and posters, so I know that I need to attribute these photos correctly and check what sort of CC license has been used. A really useful tool for automating this sort of thing is ImagCodr (I found this via a blog giving some thoughts on the topic of how to correctly attribute CC images from Flickr, http://librarianbyday.net/2009/09/28/how-to-attribute-a-creative-commons-photo-from-flickr/) You just pop the url into this page and lo, it gives you a little snippet of code to paste into your blog and a cute litte code to go under someone’s cute little cat. Magic! Bookmark it now: http://www.imagecodr.org/get.php

Thing 18 is Webinars and Hangouts
https://23thingssurrey.wordpress.com/2014/10/21/thing18webinars/
I don’t have much experience of either webinars or google hangouts, the closest I’ve come is doing some training on Eluminate, which the Open University used to use (might still use, I don’t know) for online tutorials, and I imagine it’s quite similar. I’ve also taken part in a few Twitter chats, which are exhausting to follow but interesting and lots of fun, they are just obviously all text rather than speech plus text (plus other stuff). I use Skype sometimes with friends, and can see that it can be a useful tool for collaborating with other researchers as well, if you can’t meet up with them in person. So far I’ve got by with normal phone calls and looking at stuff together on Google Drive, which works fine for a couple of people. For our Running Dialogues seminars we are planning on live-tweeting during the events, and asking people to contribute to the conversation using our hashtag, which is another way of allowing as many people as want to to get involved in a discussion on a research topic. I’ll let you know how it goes…

Thing 19 is Doodle and Online Scheduling
https://23thingssurrey.wordpress.com/2014/10/21/thing19doodle/
I’ve used Doodle quite a few times for lots of different events, and think it’s a brilliant tool. I haven’t organised anything requiring Doodle or anything similar, but it’s very useful. Another sort-of related tool is Eventbrite, which is more for events rather than meetings and so on. If you are organising a free event then there is no charge (so it’s been great for our Running Dialogues seminars, you can see who is coming and how many people etc, and they send automated emails to participants), and if you are running a paid event (like Bright Club, which has to cover its costs) then Eventbrite charges a small fee which you can then pass on to people buying tickets. It’s very easy to set up and administer, I can’t imagine how much admin it must have replaced!

I use Google Drive for stacks of different things, from planning Running Dialogues to managing all the rents and tenant details and the waiting list at my allotment site, to keeping track of all the running group contacts I’ve made over a year of networking, to keeping meeting minutes to when my cat needs de-fleaing (OK, I made that last one up, I’m sure someone does though). But you get the picture, it’s extremely useful for loads of different tasks. The only drawback I can see is that you have to have internet access to be able to use it, which could be annoying when you’re out and about with no wifi access. For working on shared documents it’s fantastic, you can work on it together whilst chatting about stuff over the phone, or you can make comments separately and see what other people have thought about different parts. Dropbox is also useful, I used to use it for governor meetings when I was a school governor and didn’t want to carry huge stacks of paper to the meeting with me as the other attendees did. Instead I downloaded the documents we were talking about, favourited them to my phone so I had offline access, and probably annoyed the other people in the meeting who thought I was texting instead of paying attention to the meeting! This ability to have a few things accessible on a device when offline is probably the major positive to Dropbox, I’ve used it to read papers on my phone on a plane when my laptop died for example. It’s also good for transferring larger files to other people who need access to them without emailing them, or even for backing up stuff as an extra mechanism (being careful not to use it for anything confidential, obviously!)

I have to say, I’d never heard of this before. It looks really useful though, particularly for funding opportunities, so I’ve bookmarked it for future reference.

Thing 22 is Your Website
https://23thingssurrey.wordpress.com/2014/10/23/thing22website/
This is something I’ve given a bit of thought to. I’ve spent time trying to track down people with particular research interests to contact them, and it’s surprising how uninformative university profile pages can be! I’m not sure mine is much better given it was set up early in my PhD when I didn’t actually have a research area, I should probably find out how to update it and give some more links to my Twitter handle, blog, etc. I found the information about .ac.uk and LinkedIn pages having high SEO interesting, however I suppose the thing about university webpages is that if you move to another uni it’s not very portable! Perhaps I should update my LinkedIn page a bit better as well, although Twitter just feels intuitively more useful for academic purposes I should remember that not everyone uses Twitter. Hmmm. More thought required for this Thing, I think 🙂

Thing 23 (HALLELUJAH!) is reflection on the whole 23 Things process
https://23thingssurrey.wordpress.com/2014/10/23/thing23reflection/

On reflection, I think that it’s been useful to think about all the different tools available and how useful or not they can be. I’d already used a fair few of them, so it wasn’t too overwhelming, however there were certainly some fresh perspectives and advice to be gained from the 23 Things, so overall I think it has been a very worthwhile exercise. I also think that there are a few Things which I haven’t used or thought about due to the nature of my research, and where I’m situated in my PhD right now. Knowing where to come (or revisit) as a starting point for some of these Things is definitely good to know for future development.